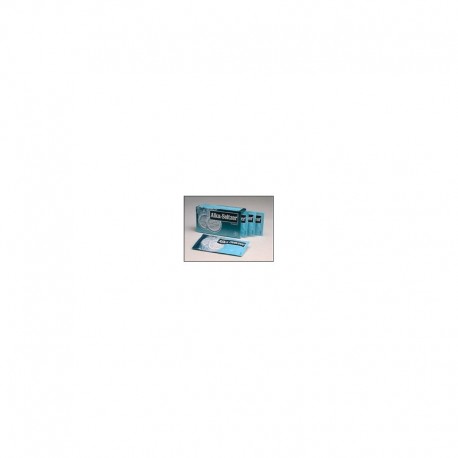 Pharmacological properties: When the

Acetylsalicylate is not absorbed from the gastric mucosa cells due to its water-soluble properties and is rapidly and almost completely absorbed from the duodenum. Maximum plasma levels of acetylsalicylic acid are reached within 30 minutes. Acetylsalicylic acid acts by inhibiting the cyclooxygenase enzyme by acetylation. Inhibition of cyclooxygenase (prostaglandin synthetase) inhibits prostaglandin synthesis responsible for pain, fever and inflammation.

Acetylsalicylic acid binds 80-90% to plasma proteins. It is metabolized by hydrolysis and acetylation. It is excreted in the urine in the form of salicylic acid and its metabolites.

Alka-Seltzer provides a fast and effective treatment of stomach disease and / or hyperacidity associated with headache, for example after over-eating and drinking. The effectiveness of Alka-Seltzer increases with repeating the dose taken in the morning.

Alka-Seltzer is also used for migraine, menstrual pain, colds and flu, pain and discomfort, and other pain relief.

cases of susceptibility to salicylates and other non-steroidal anti-inflammatory drugs, bleeding tendency in bleeding disorders, bronchial asthma, pregnancy should not be used in the last 3 months.

It should be used during pregnancy, under the supervision of a doctor and if the benefit of the drug is greater than the possible risk.

In diseases requiring sodium-restricted diet such as congestive heart failure and renal failure, the amount of sodium contained in Alka-Seltzer (each tablet contains 447 mg sodium) should be considered.

Acetylsalicylic acid may increase the risk of gastrointestinal bleeding when taken with corticosteroids or alcohol.

Children and young people should not be used in high fever without consulting the physician.

CONSULT YOUR DOCTOR WHEN AN UNEXPECTED EFFECT IS SEEN.

Improve the effects and side effects of all non-steroidal antirheumatic drugs, the possibility of gastro-intestinal hemorrhage due to corticosteroid, anticoagulants (eg coumarin derivatives and heparin) and the undesirable effects of methotrexate.

When used in patients with diabetes, the dose of insulin or oral antidiabetics may need to be adjusted.

Furosemide reduces the effects of spironolactone-like diuretics and uricosuric drugs.

Unless otherwise advised by the doctor, 2 tablets of Alka-Seltzer are dissolved in water at a time in adults and children older than 12 years. If necessary, the dose is repeated every 4 hours, but not more than 8 tablets per day. (If symptoms persist, this dose should not be used for more than 3 days, the physician should be consulted).

It is used with the advice of a physician in children under 12 years.

Acetylsalicylic acid overdose may cause signs of salicylism such as dizziness, tinnitus, sweating, nausea, vomiting, confusion, hyperventilation, hyperthermia and dehydration. Very high doses may cause coma, cardiovascular collapse and respiratory failure due to central nervous system depression. Gastric lavage is performed in acute intoxications. In severe intoxications, strong alkali diuresis should be provided (eg iv sodium bicarbonate). Hemodialysis may be necessary in some serious cases.